Book : Dream Makers on the Nile - by Mustafa Darwish : a Portrait of Egyptian Cinema. Collectors item. Written in English.

This book deals with the Egyptian film industry in its formative period. Starting in the beginning of the twentieth century, the period ended in the early 1960s with the wave of nationalization that made the public sector cinema's guardian, or perhaps its jailer.
The book is made up of biographical sketches of the greatest figures in Egyptian cinema-directors, actresses and actors - whos contributions were break throughts for the growing industry.
A section of movie still is also given to the period's supporting stars, whose roles were often of enormous en enduring importance.
Taken together, these sketches and photographs present a portrait of the glory days of Egyptian cinema. 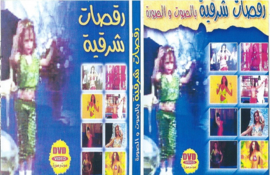